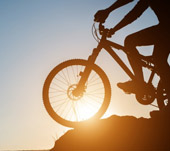 Generally, there isn’t much debate regarding advertising/marketing costs in the normal sense of such costs being a business cost.  However, when it comes to sponsorship costs, the plot thickens.  The million-dollar question, in this regard, is whether a sponsor may deduct its sponsorship expenditure as an advertising expenditure in terms of section 11 of the Income Tax Act 58 of 1962.  But why?  Because, over the years SARS has established a type of benchmark that if they (SARS) were of the opinion that the advertising expenditure was too high, they could simply disallow it.  The justification for the disallowed deductions was that such high amounts were unnecessary (this reasoning was mostly reached without taking other rather important factors into consideration).

Yet, in a 2010 ITC case the judge’s remarks with regards to SARS’s attack on excessive marketing fees, stated something quite to the contrary:

“. . . These cases make it clear that it is not for the court (or the Commissioner) to say, with the benefit of hindsight, that business expenditure should be disallowed on the basis that it was not strictly necessary, or that it was not as effective as it could have been.  If the purpose of the expenditure was to produce expenditure, in the course of trade and the expenditure is not of capital nature, then it is sufficient.”

See the below illustration: 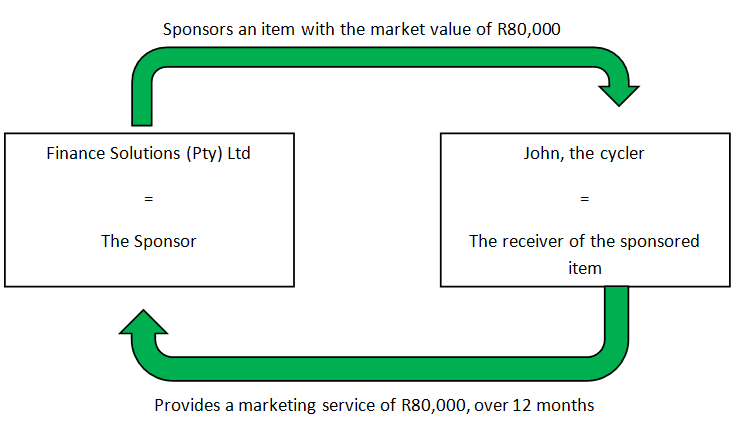 The above example might lighten up red flags regarding capital gains tax, because of the change of ownership, however – the company disposes of the item for no consideration, meaning without making an actual profit.  Nevertheless, the fine line between expenditure being of a revenue or of a capital nature, is still an ongoing debate.

Luckily, SARS’s “Guide of Professional Sports Clubs and Players, 2018” has put some light onto the situation and it provides important factors that may be considered when having to prove whether the advertising expenditure was of a revenue or capital nature.

One of the factors to consider is whether anything has been received by or accrued to the sponsor which must be included in gross income or, from a capital gains tax perspective, proceeds?  It is important to keep in mind that the monetary value of a receipt or accrual in the form other than money must be determined objectively.  The status quo, regarding the latter, is that the market value of such item is deemed to be the value thereof.

In casu, the receipt or accrual will be in the form of something else, which is what the other party (John, the receiver of the sponsorship) will be giving to the sponsor, which is advertising and promotional services.

Therefore, the nature of the receipt or accrual in this instance is clearly that of revenue as it is an expenditure which was actually incurred by the sponsor in the course of its business (for the sole purpose of advertising).  Moreover, the “disposal” of the bicycle, in our view, cannot be seen as a capital asset for Finance Solutions (Pty) Ltd, because of the fact that the company will not be able to use it as a capital asset.  If, for instance, the company sponsored its used computers to a professional online gamer, the company will have to account for either a capital gain or a capital loss regarding the sponsorship – as the computers were initially acquired for the sole purpose and benefit of the company (and not for the purpose of marketing).

The basic requirements in order to qualify as a sponsor, whose sponsorship constitutes advertising/marketing expenditure are:

Having a look at the third requirement as stated above, it seems as if one cannot deduct an expenditure unless the expenditure is linked with the sponsors own trade and income-producing activities.  On the one hand it may be interpreted that this means if you sponsor something that is not linked with your business’s own trade – you cannot deduct such amount as an expenditure.  Regarding the nature of the example where a bicycle is sponsored by a financial services company – it might, on the face of it, disqualify the sponsorship cost as advertising expenditure.

Or on the other hand, it could be understood that the sponsor’s “income-producing activities” in fact, include the activity of marketing its business, which then constitutes as a valid deduction.  In the end, this topic lives on in a grey area of our law.  But – in The New State Areas Ltd v CIR-case, Watermeyer CJ, made the following statement:

“ . . . the purpose of the expenditure is an important factor; if it is incurred for the purpose of acquiring a capital asset for the business it is capital expenditure even if it is paid in instalments; if, on the other hand it is in truth no more than part of the cost incidental to the performance of the income producing operations, as distinguished from the equipment of the income producing machine, then it is revenue even if it is paid in a lump sum.”

The above case was referred to by SARS’s Legal Counsel in the latest version of their guide called; “Guide of Professional Sports Clubs and Players, 2018” as mentioned earlier.  Therefore, it can safely be assumed that it is still applicable.

In addition to the requirements as set-out on the bottom of page 2,

If the sponsoring party can therefore provide proof thereof that it did indeed meet all the requirements, should SARS query the marketing expense, it is our view that SARS will not have any substance regarding the rejection of the expense – especially because of the aforementioned guide making reference to case law which reflects that the true nature of the sponsored item must be considered (whether it is either capital or revenue of nature).  The case law, as provided, also explains that it is wrongful to simply deny marketing expenses, with the only reason being that it is too excessive or unnecessary.

Lastly, this article should be seen as one of the possible interpretations of the consequences of sponsorships and the possibility thereof to qualify as advertising expenditure.  Although these type of advertising costs remain within a grey area of our tax law, we are hopeful that clarity will eventually prevail.

If you have any enquiries, please contact Chantél van der Merwe at c.coetzee@fhbc.co.za