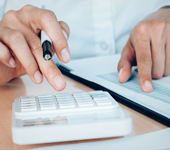 The RA01 form plus supporting documents and enquiries must then be emailed to reportable@sars.gov.za.

SARS has a dedicated team who will assist taxpayers where necessary.

The following arrangements is specifically excluded as reportable arrangements under section 36(4) of the TAA:

If you have any enquiries, please do not hesitate to contact Petri Westraadt at pwestraadt@fhbc.co.za

FIXING OF RATE PER KILOMETRE IN RESPECT OF MOTOR VEHICLES FOR THE PURPOSES OF SECTION 8(1)(b)(ii) AND (iii) OF THE INCOME TAX ACT, 1962WAT OM TE DOEN WANNEER ‘N GELIEFDE TE STERWE KOM