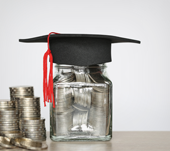 Employees and their relatives who were awarded scholarships and bursaries benefited from a tax exemption since 2006 but this programme became the subject of controversy in 2020.

Section 10 of the Income Tax Act exempts certain receipts and accruals from normal tax.  One such exemption is contained in section 10(1)(q) which exempts any bona fide bursary or scholarship that is granted to assist or enable any person to study at a recognised educational or research institution.

A history of the section 10(1)(q) programme was first introduced in 1992 and excluded any bursary or scholarship granted to an employee where the employee’s salary package was subject to an element of salary sacrifice.  Salary sacrifice occurs when an employee reduces his or her taxable income for an equivalent, but tax-free, benefit.

In 2006 SARS announced that drawing a distinction between bursaries and scholarships that were and were not subject to an element of salary sacrifice was too cumbersome.  It was further announced that skills development was to be prioritised and that as a result, the element of salary sacrifice was to be removed from the ambit of section 10(1)(q). Furthermore, in the 2006 tax amendments, section 23(j) of the Income Tax Act, which made salary sacrifice payments by employers non-deductible for the employers, was deleted.  The aforementioned amendments to section 10(1)(q) and 23(j) made this arrangement attractive for employees, who were able to reduce their tax liabilities, as well as to employers who were able to deduct these expenses from their taxable income.

Treasury noted that section 10(1)(q) was being over utilised by employers and employees, thereby burdening the fiscus. In the Explanatory Memorandum to the 2020 Draft Taxation Laws Amendment Bill (Draft TLAB), Treasury explained that, more often than not, schemes were developed by external institutions and marketed to the employers as a means of providing tax-exempt bursaries and scholarships to the relatives of employees at no additional cost to the employer.

To this end, Treasury announced that, with effect from 1 March 2021, section 10(1)(q) will revert to its original 1992 form and no longer exempt bursaries and scholarships that are subject to an element of salary sacrifice.  It must however be noted that, unlike the 1992 version, the employer deduction in relation to bursaries is still permitted.