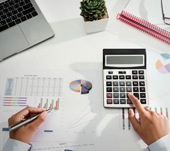 In October 2013 the Office of the Tax Ombud (the OTO) was established to enhance the tax administration system in South Africa.  Prior to the OTO there was no independent redress route available to taxpayers, who had exhausted the normal complaints mechanisms within the South African Revenue Service (SARS).  The OTO was modelled on the Tax Ombud systems of Canada, the USA and UK and is based on best international practice.

The mandate of the Tax Ombud is to review and address any complaint by a taxpayer regarding a service matter or a procedural or administrative matter arising from the application of the provisions of a tax Act by SARS.  Its mandate is also to review any systemic and emerging issue related to a service matter or the application of the provisions of this Act or procedural or administrative provisions of a tax Act, at the request of the Minister or at the initiative of the Tax Ombud with the approval of the Minister.

In discharging his or her mandate, the Tax Ombud must—

Only if the complainant has exhausted the available complaints resolution mechanisms within SARS, may the Tax Ombud review a complaint request, unless there are compelling circumstances for not doing so.

If you have any enquiries, please send an email to Petri Westraadt at pwestraadt@fhbc.co.za