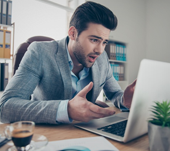 Everybody knows The South African Revenue Service (SARS) is under collection pressure and they have grown rather fond of appointing 3rd parties, such as banks, to recover outstanding tax debts directly, which leaves taxpayers stunned.  This is a quick and effective debt recovery measure, but the question is what about the legality of such an appointment.  These appointments may result in taxpayers suffering severe financial hardship.

Section 179 of the Tax Administration Act, 2011 (TAA) allows SARS to issue a notice to a person who holds or owes money, including a pension, salary, wage or other remuneration, for or to a taxpayer, requiring the person / entity to pay the money to SARS in satisfaction of the taxpayer’s outstanding tax debt.

SARS is required to adhere to the procedure prescribed by the TAA which imposes procedural requirements onto them; for example, to send final demand 10 business days before it proceeds with collection.  The demand must set out the recovery steps that SARS may take if the tax debt is not paid, as well as the available debt relief mechanisms under the Act.

At least during this year of turmoil worldwide there is a flicker of hope and fairness as two cases regarding section 179(5) of the ACT were found in favour of the taxpayer.

In SIP Project Managers (Pty) Ltd v CSARSthe taxpayer brought an application to set aside a third-party notice and further sought an order that it should be refunded the money paid over to SARS by its bank.

When the taxpayer contacted SARS, they were advised that three letters of demand were sent, on 7 and 11 November 2019 and 22 January 2020, before the notice was issued to the bank.  The taxpayer could not find any of these letters on its e-filing profile.

SARS abandoned relying on the letters of 11 November 2019 and 22 January 2020 as one was only a payment reminder and the other was not issued within 10 business days before the bank notice.  That left the letter of 7 November 2019 which the taxpayer denied receiving and annexed to its court papers a screenshot of its e-filing profile showing no letter of demand had been issued.

The Court held that it was not enough for SARS to prove the existence of the letters, they must also show they had been delivered.  Delivery through the e-filing system was acceptable, but SARS failed to provide any proof of delivery.  The Court thus found that there had not been compliance with section 179.

In addition to failing to prove delivery, the demand of 7 November 2019 was premature as the date for payment on the additional assessment was 30 November 2019.  The letter was issued before the payment due date and before SARS could demand payment.  Therefore, the Court declared the third party notice null and void and ordered SARS to repay the R1.2 million with interest.

WPD Fleetmas CC (WPD) lodged an urgent application in the High Court for an order declaring that SARS’ notice to appoint a third party in terms of the provisions of section 179 of the TAA be declared null and void.

WPD is a service provider to the second respondent (“Impala”) for the supply of underground winch signalling device systems.  The applicant is remunerated on a monthly basis.

Section 179(5) of the Tax Administration Act (“TAA”) was looked at, whereby WPD challenged the SARS’ application of section 179 of the TAA, in which a third-party notice was issued by SARS to Impala requesting payment, but without a final demand being issued 10 days before the issue of the notice.  Impala paid over the sum of R6 284 915.88 on or about 8 July 2020 to SARS according to the third-party appointment notice.

WPD stated that they only received a final letter of demand addressed to it, from SARS on or about 7 July 2020.  SARS contends, and stated that a final demand letter submitted on or about 20 May 2020 via WPD’s SARS e-file profile.

WPD presented a screen shot of its e-filing profile, which reflected that no final demand had in fact been received by WPD on 20 May 2020 for outstanding income tax.

Takeaway from these cases:

Here are some useful tips:

Please contact Adri Britz (Tax Compliance Manager) at abritz@fhbc.co.za if you have any enquiries.