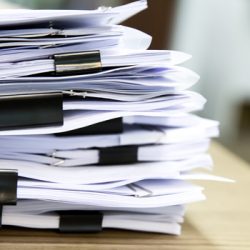 The Rules Board for Courts of Law of the Republic of South Africa introduced the proposed High Court Uniform Rule 41A in December 2018.  Rule 41A can be seen as a type of reform, putting mediation in the spotlight.  This will change our litigation system dramatically as mediation is proposed to become the mainstream mechanism for resolving disputes, should Rule 41A come into effect.

The Oxford Dictionary of English (Third Edition, 2010) defines mediation as the:
“intervention in a dispute in order to resolve it”.

In general mediation is an alternative dispute resolution mechanism whereby parties appoint a neutral, qualified third party to facilitate a settlement.  It can be seen as a more realistic approach, giving an independent professional the scope to test the dispute against reality.

Regarding the third party, or the mediator, PJ Veldhuizen, managing director of Gillan and Veldhuizen and a practising commercial mediator earlier this year stated that:

“The mediator facilitates discussions between the parties, assisting them in identifying issues, clarifying priorities, exploring areas of compromise and generating options to resolve the dispute.”

What does High Court Rule 41A entail?

Which type of disputes will fall within the parameters of mediation?

The proposed Rule will apply to all disputes before the High Court and is not specific to any type of dispute, at this stage.

Does this mean that mediation will henceforth become compulsory (instead of going to court)?

No, the proposed Rule will not make mediation compulsory.  It should rather be seen as a mechanism to facilitate mediation proceedings which was accepted/agreed to by the particular parties or mediation which was recommended by the court.  If the proposed Rule was meant to force parties into mediation, it would most probably result into a largely unsuccessful dispute resolution mechanism and a waste of time and money.

If the proposed Rule 41A becomes effective, and parties agreed to make use of this route – how will it work and what is important to know?

A bag of bonuses

The mediation process and nature of the concept is far more informal, less intimidating, more affordable, time effective and is more accessible for all.  However – this does not mean that the outcome of a successful mediation (a settlement agreement) has less power – as you are able to submit the settlement agreement to the High Court to be made an order of the court which ensures that the agreement will be fully enforceable.

In closing, it is important to seek professional advice regarding your dispute before any decision should be made with regards to the dispute resolution route.  Also keep in mind that this article should be seen as a source of guidance.  For more information or advice, please contact our office or schedule an appointment.

Proposed Uniform Rule 41A: Mediation as a Dispute Resolution Mechanism – Rules Board for the Courts of Law Republic of South Africa
https://www.lssa.org.za/upload/files/General/Rules%20Board%20letter%20Uniform%20Rule%2041A%20December%202018.pdf

Proposed Amendments to Rule 41 of the Uniform Rules of Court and its impact on the Companies Tribunal
https://www.companiestribunal.org.za/proposed-amendments-to-rule-41-of-the-uniform-rules-of-court-and-its-impact-on-the-companies-tribunal/

South Africans may soon be required to consider mediation before heading to court:
https://businesstech.co.za/news/business/335459/south-africans-may-soon-be-required-to-consider-mediation-before-heading-to-court/

Taking the mediation route before heading to court:
https://businesstech.co.za/news/business/335459/south-africans-may-soon-be-required-to-consider-mediation-before-heading-to-court/

Mediation in the High Court:
https://www.financialinstitutionslegalsnapshot.com/2019/11/mediation-in-the-high-court/

Important Clauses to Include in Settlement Agreements:
https://www.fanews.co.za/article/legalaffairs/10/general/1120/important-clauses-t-include-in-settlement-agreements/27624

HOE VRY IS U MET U TESTAMENT EN ERFLATING?PERSONEELNUUS