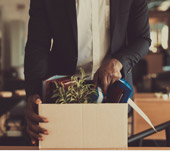 A restraint of trade is a provision in a contract of employment that provides that after termination of employment, the employee is restricted in the work he or she can perform, in that he or she will be restraint from performing similar work in competition with his or her former employer, for a prescribed period of time, and it might even include a specific geographical area.

A restraint of trade clause limits the ability of an employee to accept future employment which could be to the detriment of their current employer – usually because it is a competitor and the employee has access to confidential information.

There are also various types of restraints or restrictive covenants, namely:

Because a non-compete is a “restrictive pledge”, which is a promise by an employee not to engage in certain behaviour that is contrary to the employer’s interests, a non-compete must comply with the following for it to be enforceable:

The Courts distinguish two key protectable employer interests: an employer’s relationship with clients/customers and vendors (“good will”) and confidential business information, such as for instance trade secrets.

Goodwill includes a variety of intangibles, including market position and reputation.  Confidential business information includes commercially valuable information or necessary business specific information, not generally known outside of the company, which the company has taken reasonable measures to protect.

It should also be noted that the employer should have an actual protectable interest.  Only in the event that good will or confidential business information requires protection, can an employer prevent an employee from competing with the employer, as was agreed in the restraint of trade agreement.

Thus, restraint of trade clauses can be used to prevent unfair competition but cannot be used to prevent ordinary, everyday, competition.  All persons are allowed and indeed entitled to compete with one another, as they have the right of freedom to choose and practice any trade, occupation or profession.  Each person’s fundamental rights to freedom of trade, occupation and profession are recognized in our Constitution.

An important case dealing with restraint of trade is the matter of Magna Alloys & Research (S.A.) (Pty) Ltd. v Ellis.  In this matter the court laid down the general principle that restraint of trade or non-compete undertakings, are not unconstitutional, and every restraint of trade agreement signed by an employee, is assumed to be lawful and enforceable, and the onus lies on the employee, if he or she wishes to be released from the restraint, to prove that the restraint is unreasonable and contrary to public policy.

The courts will consider certain factors in determining whether a restraint is enforceable or not, and will amongst others, consider the following:

His restraint agreement with Siemens prohibited him from doing this for a period of 1 year after leaving the employment of Siemens.  In the agreement, the appellant undertook not to disclose trade secrets and confidential information belonging to Siemens.

In interdicting Reddy from taking up employment with Ericsson, the court held that it was not necessarily to find that Reddy would actually use the trade secrets and confidential information in his new employment, but that it was sufficient if he could do so (opportunity).  The court held that the restraint was aimed at preventing a person with the knowledge of confidential technologies, obtained as a result of his employment, from using them to the detriment of the employer.

That is the essence or purpose of any restraint of trade agreement.

The court held that a restraint of trade agreement is enforceable unless it is shown to be unreasonable, and the onus of showing that it is unreasonable rests upon the person alleging it.  It was stated in this matter, as was done in the Magna Alloys case, that two principal considerations must be considered in determining the reasonableness of a restraint, namely that of public interest, which requires that parties should comply with their contractual obligations.  The second is that all persons should be productive and be permitted to engage in trade and commerce, being allowed to practice their professions, in order to earn a living.

Questions that should be asked when considering the reasonableness of a restraint are firstly: (i) does the one party have an interest that deserves protection after termination of employment, and if so, (ii) is that interest threatened by the other party?

It was found that the agreement did not preclude Reddy from making use of his own skills and abilities to earn a living.  The restraint did place a limit on Reddy from being employed by a competitor.  Therefore, it was found, that Reddy is restrained only in the choice of his employer for a limited period.  The restraint did not prevent him from obtaining employment, it only restrained his choice of employer.

The restraint did not affect his employment elsewhere and did not prevent him from engaging in the employment he was trained for.  The restraint had limited restrictions.

An Employer should carefully consider whether it is necessary to restrict an employee’s right to freedom of trade, occupation or profession by entering into a non-compete agreement.

Always obtain legal advice, whether you are the employer or employee, and ensure you grasp the scope and consequence of any agreement you sign.

Is a Non-Compete between an Employer and an Employee enforceable?
The Newspaper: Frederick P. Rall
November 2015