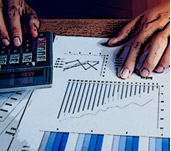 The bill seeks to provide for:

Minimum wage:
The Bill gives effect to the agreement on a national minimum wage thrashed out in talks between the government, business, labour and the community in NEDLAC.

Once in force, the National Minimum Wage Bill will make R20.00 the minimum hourly rate for all workers except those in the agricultural and domestic service sectors, and participants in expanded public works programmes – who will receive the following minimum wages:

The rate is included in a schedule to the Bill so that it can be adjusted yearly. Exceptions have been provided for the first year.

Once in effect, the Bill will be underpinned by a code of good practice on collective bargaining, industrial action and picketing which are intended to provide practical guidance on the resolution of disputes of mutual interest and the resort to industrial action.

The proposed new code will be informed by an accord on collective bargaining and industrial action, committing the social partners in NEDLAC to taking the necessary steps to prevent violence, intimidation and damage to property, and to improving their own capacity and that of other agencies to resolve disputes peacefully and expeditiously.

All trade unions and employer organisations will be encouraged to sign the accord.

PERSONEELNUUSREGISTRATION OF GOODS FOR RE-IMPORTATION OF PERSONAL VALUABLES