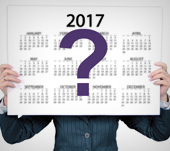 B. The following persons must submit Income Tax Returns for the 2017 tax year.

C. The following natural persons do not have to submit a 2017 tax return, if the person’s GROSS INCOME includes 1 or more of the following:

D. Dates by when income tax returns must be submitted:

If you have any queries, please contact Petri Westraadt at pwestraadt@fhbc.co.za