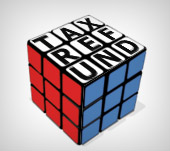 According to the analysis conducted by National Treasury (NT), the Employment Tax Incentive has been implemented and took advantage of by many qualifying employers.  Between 1 January 2014 and 31 March 2016, employers have accessed a total value of R6.06 billion in ETI claims.

It is therefore important to revisit the following:

How to qualify for the incentive:

“Person” that pays remuneration to its employees, who is in the private sector and who is registered for PAYE because one or more of its employees are liable for PAYE.  Local, provincial or national governments, municipal entities and public entities are excluded.

It is also important to note the following, from SARS’s own website, as this is the area where we as tax practitioners and employers have the biggest problems:

…How do we as an employer claim a refund?

On submission of the EMP501 for the end of the reconciliation period, all credits not utilised are being refunded as it can’t be carried forward.  No action is required from the employer if the employer is tax compliant and the bank account details are in order. “

The SARS process of refunding the ETI credits are unfortunately flawed from the start.   When it was implemented by SARS they did not take into account that the SARS Employees Tax system has big problems with paying out refunds of any kind, never mind the “NEW” ETI credit.  Therefore, please note that the statement made on the SARS website: “No action is required from the employer… “ is not true.

Our tax department has experienced the following:

Detailed ETI schedules which must include the

From these schedules SARS will sample certain employees and request the following additional information (SARS can extend the scope of the audit to all the employees if they deem it necessary):

The above seven steps seem not to be too intimidating or too time consuming.  Unfortunately, we have learned the hard way that getting the valid unutilised ETI credits to be paid out can take up to 6months and in some cases even longer.

SARS’s feedback during these seven steps is also extremely limited.  SARS is not pressed for time as no interest can be claimed from SARS for the late payment of these amounts.

Chances are also extremely good that the request for paying out the unutilised ETI credits will end up at the SARS Complaints Management Office (CMO) (0860 12 12 16) and eventually at the Tax Ombud (complaints@taxombud.gov.za) for them to resolve the matter and get the money paid out.

It is therefore important that all employers making use of the EMPLOYMENT TAX INCENTIVE ensure that they are tax complaint in all tax types, that their records are in the correct format and up to date before requesting the unutilised ETI credits to be paid out.

If you have any queries, please contact Petri Westraadt at pwestraadt@fhbc.co.za