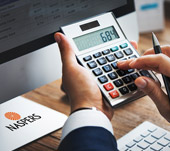 All of Naspers’s internet interests is being unbundled into a new, foreign company, called Prosus, which will be listed on the Amsterdam exchange (Euronext Amsterdam).  After the Extraordinary General Meeting held on 29 May 2019, Naspers management explained that Naspers will own at least 73% of Prosus, while 27% will be free float.

What is the reason behind this move?

The driving force behind this decision is the rather high discount rate of 40% at which the Naspers shares are trading, which management wishes to decrease.

What is a discount in this regard?  Naspers’s assets are valued at $140-billion (amounting up to over R2-trillion or EU125,7-billion), whilst the market capitalisation of the shares is $100-billion.  This lower capitalisation value gives effect to a 40% discount to its actual value, at which the shares are trading.

One of the factors contributing to the said share price discount, as set out by the Naspers management, is its relative size on the Johannesburg Stock Exchange (JSE).  Naspers’s weight in the JSE All Share Index (Alsi) has increased in 2013, from 5% to 20% at present – which led to forced selling by investors (because of the limitations on the amount of exposure they are allowed to on any single company).

Thus, because of the above factors, management decided to unbundle, which is a strategy to access a larger pool of capital.

Will Naspers shares still be listed on the JSE (Johannesburg Stock Exchange)?

How will it affect Naspers shareholders?

Part of the unbundling plan Naspers shareholders were given two options, from which the shareholders may elect one of the options (shareholders can’t elect both).

With regards to the first option, where shareholders elected additional N-shares (Naspers Shares):

With regards to the second option, where shareholders elected to receive M-shares/the Prosus option:

Naspers and Prosus shares were listed on the Euronext and JSE on the 11th of September 2019.  The date of the capitalisation issue and implementation of the Naspers N shares and the Prosus N shares was 16 September 2019.  The full timetable (drafted and published by Naspers) which lists the certain key dates for the unbundling transaction, can be found at:

The proof is in the pudding

Having a look at what happened on the 11th of September 2019, we have included an excerpt from a News24 article, below (https://www.fin24.com/Companies/ICT/heres-how-much-naspers-investors-made-from-todays-prosus-listing-20190911):

“Say you owned 1 000 Naspers shares at the close of Tuesday:

If you elect to receive the Prosus shares (which is the default option):

If you elect not to take Prosus shares:

“But remember the Prosus shares are in their first day of trading and the big volumes will only start to trade next week following the launch of the new Prosus shares,” says McCurrie.

“The Prosus share price is still in a period of price discovery and any material pricing irregularities will be arbitraged out by the market.”

In conclusion, with the election period being over and the new company, Prosus, already listed on the Euronext in Amsterdam (11 September 2019), South African shareholders must make sure that they understand the tax consequences of their elected option (if they have not already received financial advice, in this regard).  If, however, a shareholder is unaware of his/her option’s tax implications, it may lead to tax non-compliance in SARS’s in terms of the Income Tax Act No. 58 of 1962 and the Tax Administration Act No. 28 of 2011, which in its turn, may result in tax penalties and interest.

For more information, you are welcome to direct your query via email to Chantél van der Merwe at c.vandermerwe@fhbc.co.za.

PSG Wealth article: Naspers and NewCo – what you should now, June 2019.

PSG Wealth article: Naspers and NewCo – what you should now, June 2019.